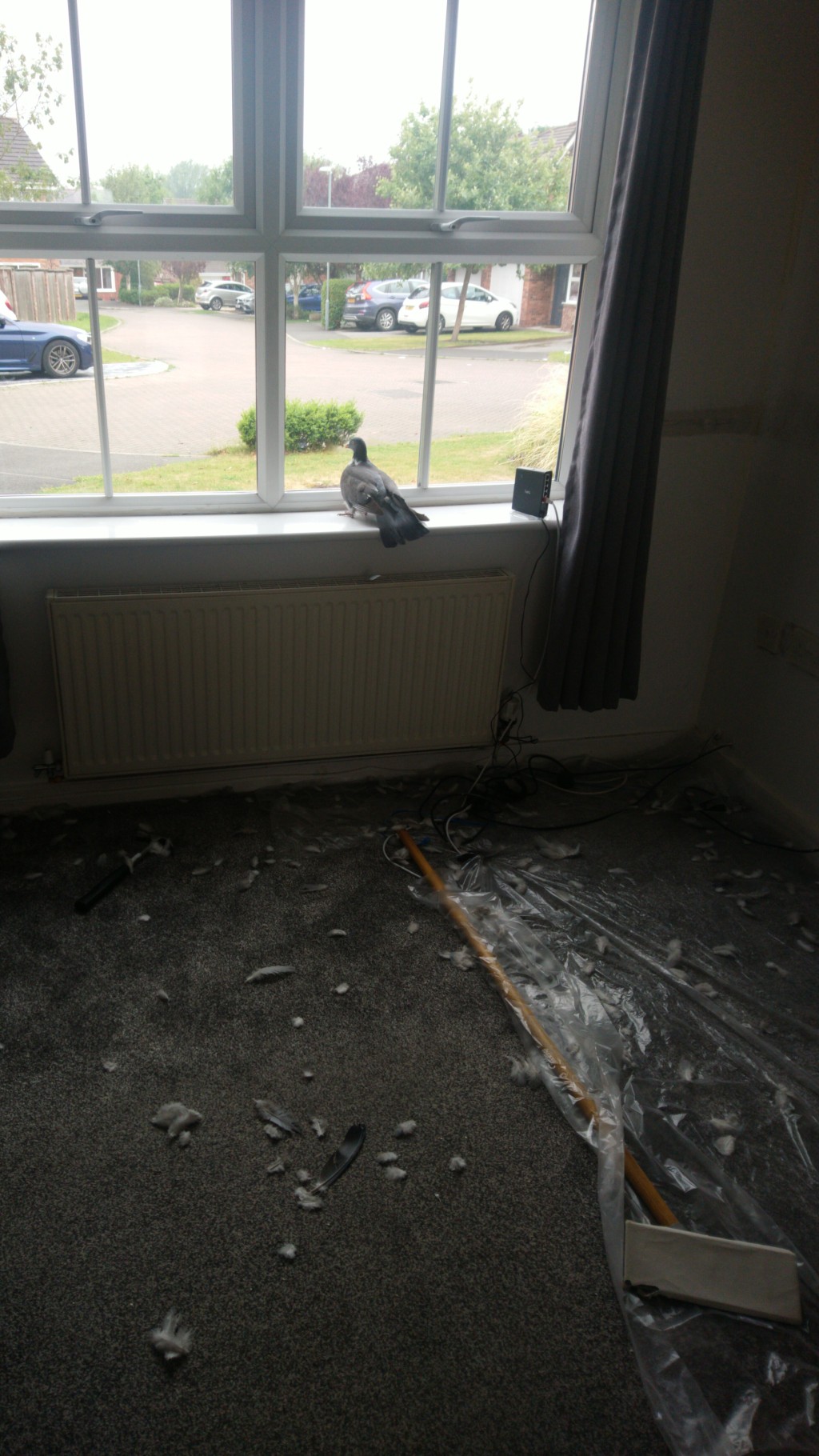 Let me start with we managed to get all the wall paper off the walls.

Unfortunately the removal of this wall paper was not a smooth one. The living room wall paint that was behind the paper ended up chipped and scratched. Which looks and feels awful. However, this was nothing compared to the little wall in the downstairs toilet we have. We stupidly caught the paint under the wallpaper and not only did that come off but we then ripped into the first layer of the plasterboard. (you can imagine the possible cursing that was happening at this point). So these were going to be extra work. We couldn’t just paint after the paper was off! Oh my god, given that I am not a very handy person so this was a nightmare. My original idea to fix them all was to just polyfiller the ripped bits, paint the side that was missing the paint so that there was a layer, then paint over the whole wall. I have since this idea been told that wouldn’t work. We would have to use something called easifill. Basically plastering. Well shit… Plastering is hard to get right for anyone. It is why professionals are expensive. To top this off you can’t just paint onto it once it has been applied you need to seal it. Trying to find sealer during the current circumstances… I’ll come to this later.

Anyway, moving on, third times a charm. The wall in the bedroom with the wallpaper on it thankfully just peeled off with no extra resistance. The wall wasn’t damaged in anyway which means that when we get to this room we can just paint over it. (*sigh* relief)

We ended the day there as we had already been at the house for hours and my partner wanted to have an evening of relaxation before he had work the next day. But that was goal one complete.

The next day I went shopping. Yesterday I went to two B&Q shops and not one of them had plasterboard sealer. Only one of them had the last paint colour we needed and there was only one left. I was getting stressed I had been out for hours looking for sealer. In the end I had to go to wickes for it. I almost cried. At first because I had circled the shop and couldn’t find it. Then I saw it and I just wanted to cry with relief.

When you start something and realise that it was probably best that you just didn’t from the start.

Yes it was one of those moments.

We started the plastering and maybe managed a quarter of the wall before we decided to head back.

Today… Today just couldn’t have been predicted but god damn it, it would happen to me.

I went to the house, dogs in tow, and started where we had left of the night before. The back door was open so the dogs could come in and out as they pleased… What I hadn’t anticipated was an animal that was not my pet to enter my home.

Clearly, the local wildlife had not received the notification that two huskies had just moved in to the cul-de-sac. The poor pigeon, probably had a heart attack as well, was chased into the house by luna. I just caught movement at the side of my head and saw shadowed wings flutter passed me towards the front window. Luna ran passed me, in my state of what the fuck, and attacked the poor pigeon. Don’t worry it is still alive, yes it is still in one piece, and no blood she just plucked him… Lots of feathers everywhere. I grabbed luna and threw her in the back locking both dogs outside while I took a minute to stare with disbelief that there was a pigeon in my house. As well as message my partner with a picture. I grabbed my coat and managed to get hold of the bird. I carried it out to the front door and it flew out of my arms. My only hope is that it warned its other pigeon friends about the fluffy predators.

I’m still laughing about it now, this incident happened this morning.

After that weird moment, the process was pretty steady. I managed to finish off the living room wall and the first coat of the bathroom wall today.

So far so good. Managed to complete the main goals for today. Now it is just any side jobs we can do while we wait for the two walls to dry.